Create an account to save your info for future purchases 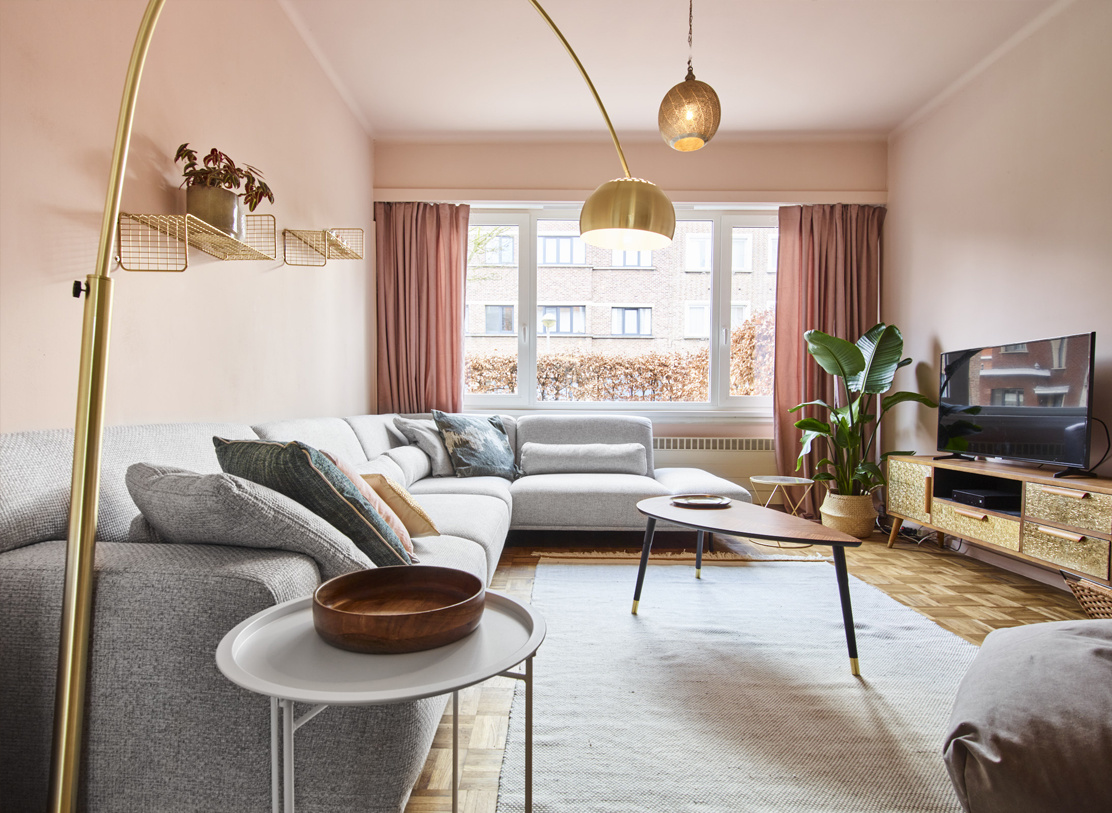 For a family of four, space is everything. After the birth of their 4th child, Cherifa and Rachid were on the lookout for a new home. Small catch: we only knew the budget until after their first home was sold! True to their beliefs, the couple did everything with their own means, and did not go to the bank for an additional loan. Four bedrooms, 2 bathrooms, a garden or courtyard: their list of needs was short but reasonable for a big family. In the end, we found a house that fit within their budget and needs in Hoboken.

The budget left for interior renovations was quite tight...

But thankfully the building was in a good state. Picking priorities, the kitchen was tackled first. The original one was small and impractical for a bigger family. By closing off a wall and turning the L-shaped layout into a U-shaped one, plenty workspace was added. The windows were replaced by large sliding windows, bringing in lots of daylight. IWe also added a floating shelf that works as a desk where the kids can do homework or play. 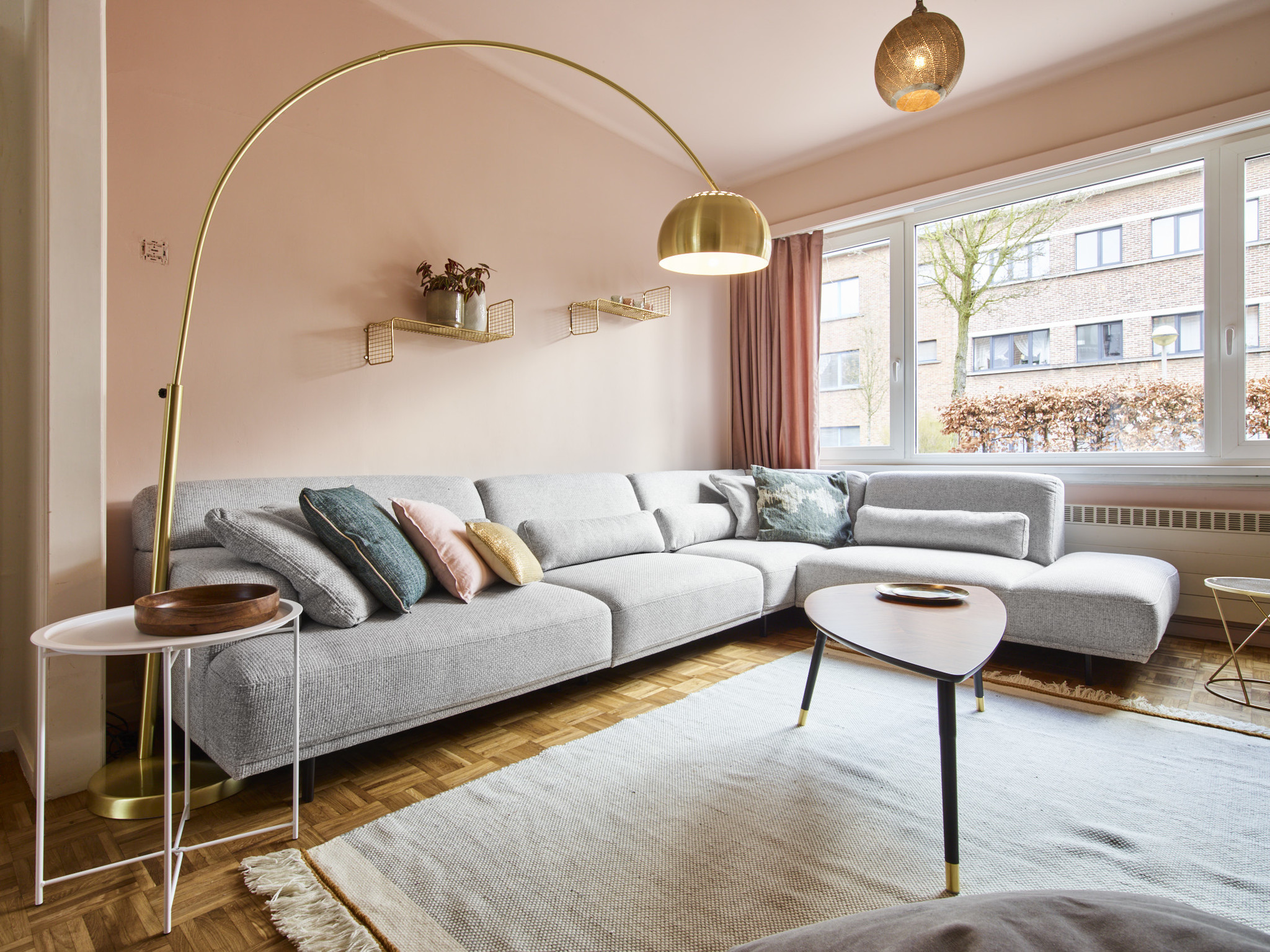 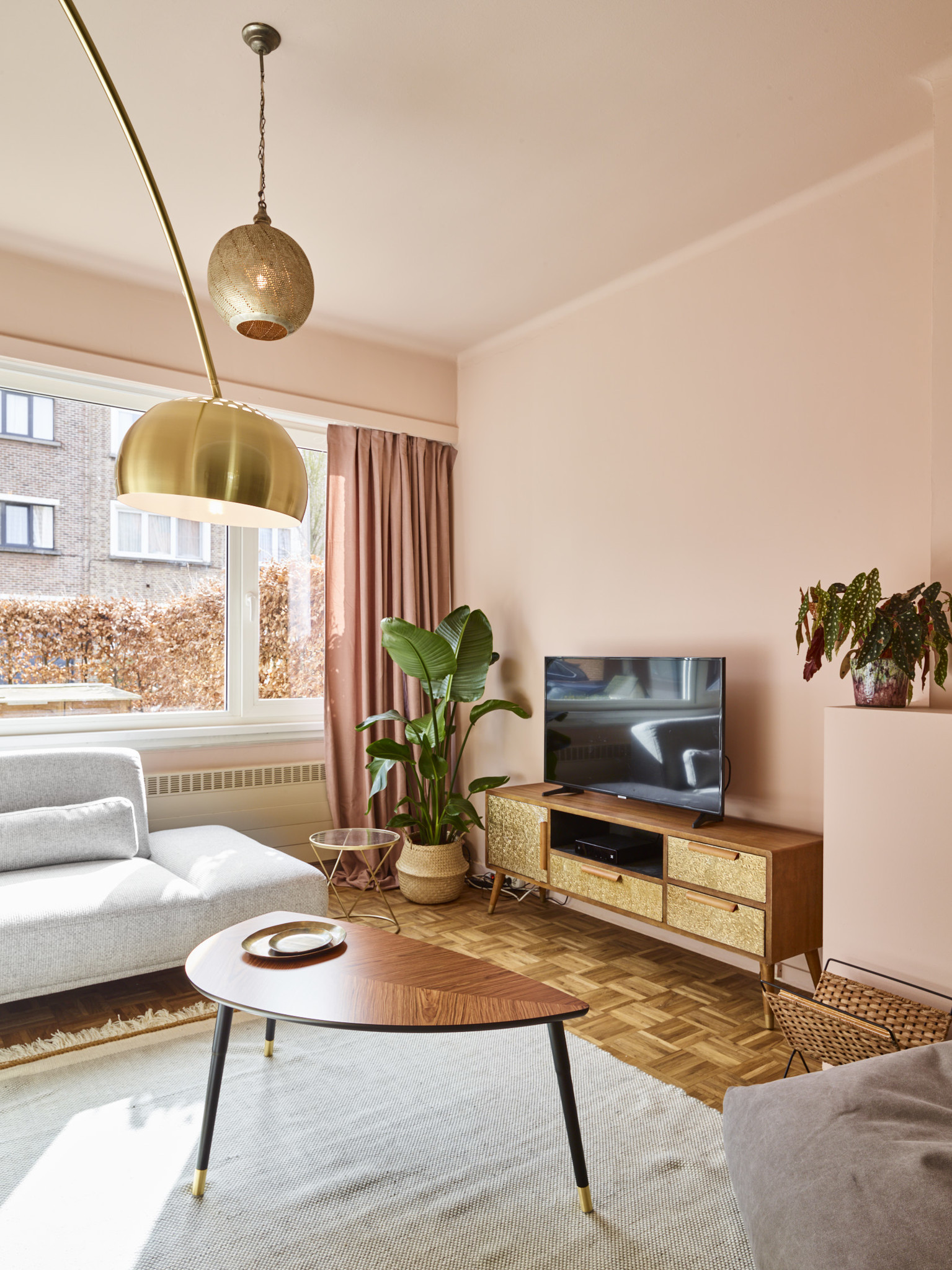 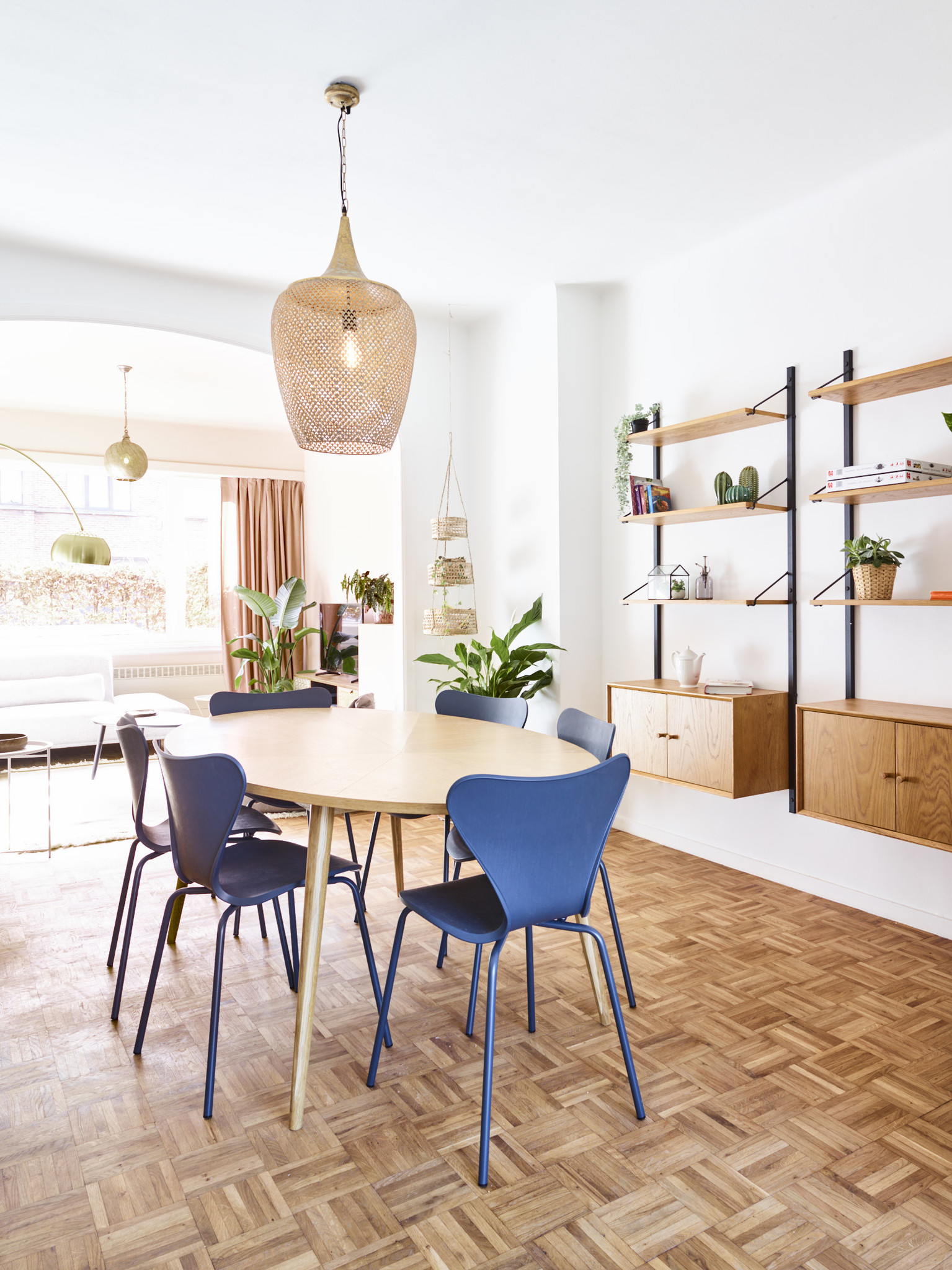 The owners appreciated the calmness & elegance of the Scandinavian style

I tried to bring that in using colour and materials. The kitchen was painted in ‘fjord green’, while messing hardware adds a warm touch. The grey tiles were replaced with smaller beige ones in a surprising hexagonal shape. This immediately adds a fun, fresh look to the space. That same fresh touch can be found in the living room, where the whole space was painted in pink! Opting for a lighter shade, the colour adds a cosy warmth instead of being too much. 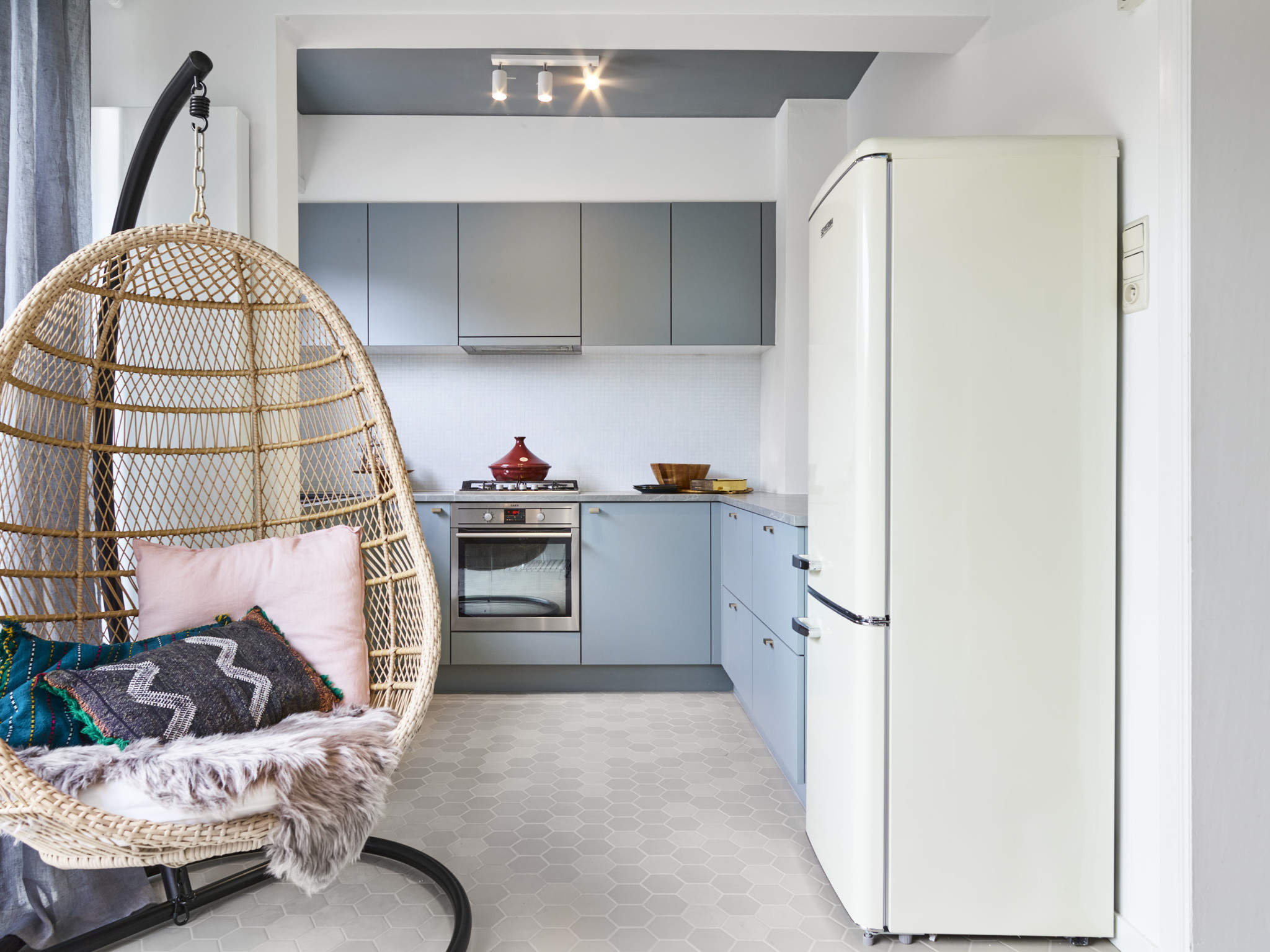 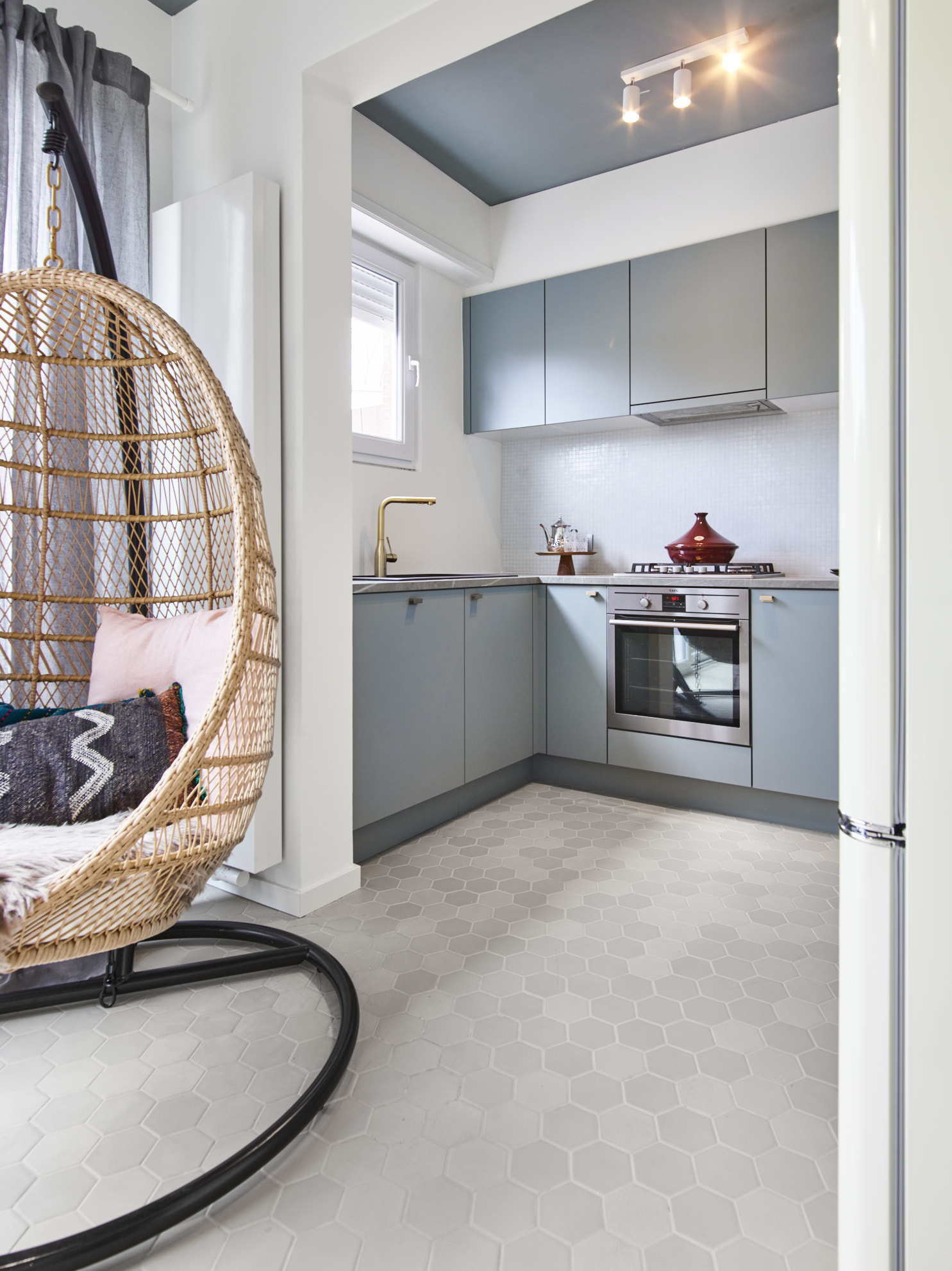 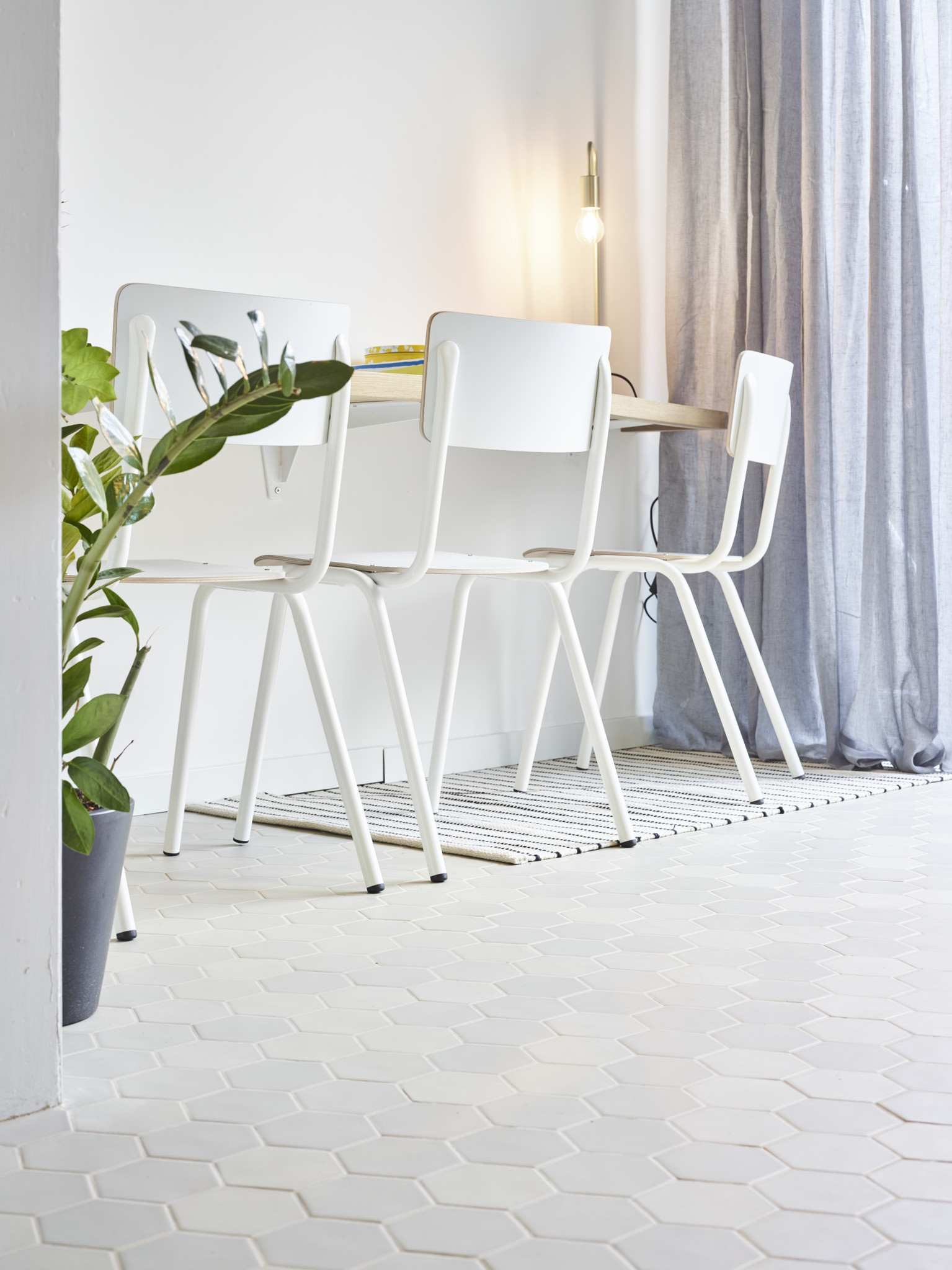 In the children’s rooms, I used wall stickers to add personality.

These can easily be removed or changed once they grow bigger. The girls share a room, but I we managed to create a distinct feel to both sides of the spaces by working with different colours, and by using canopies for added cosiness. 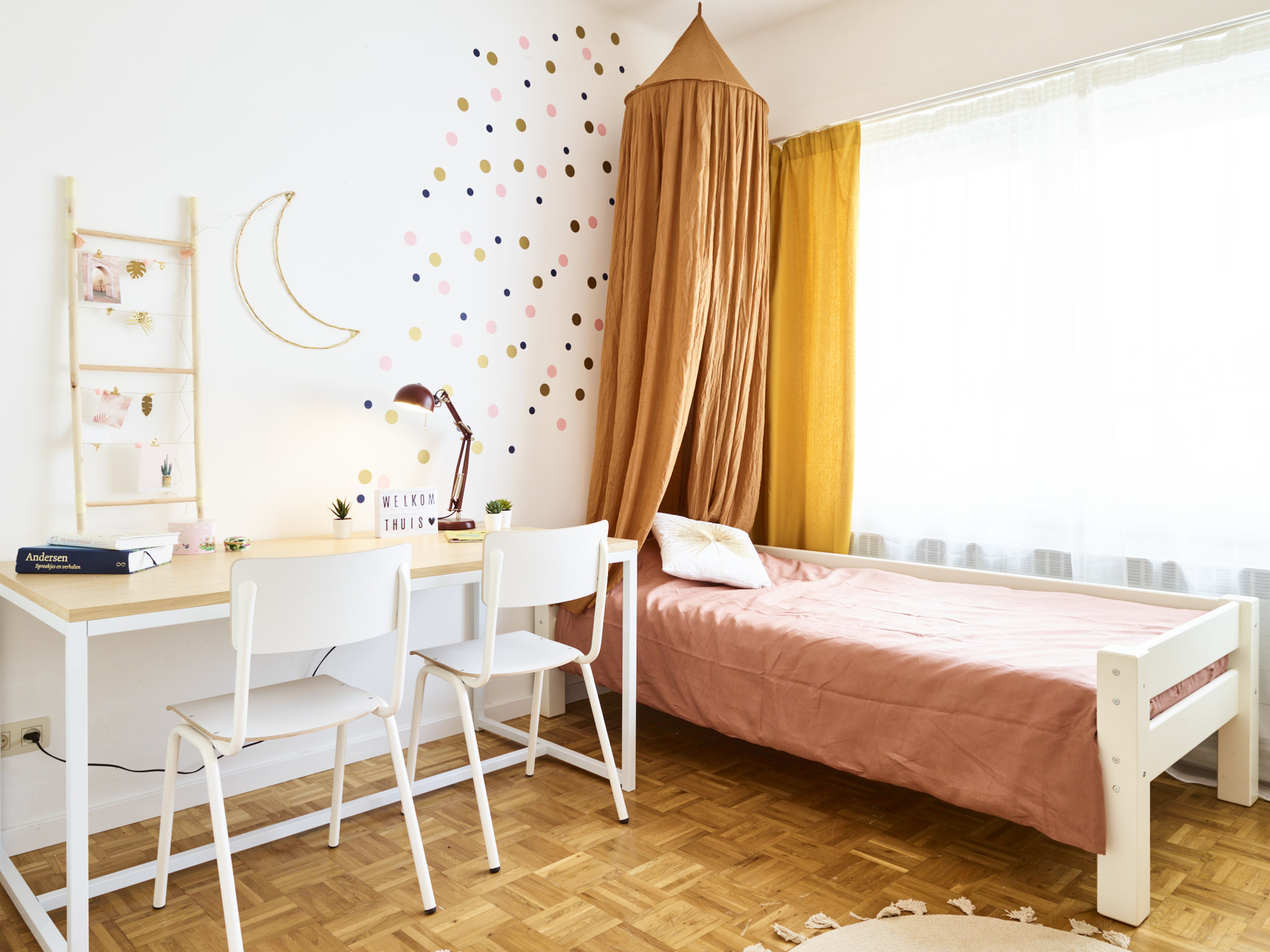 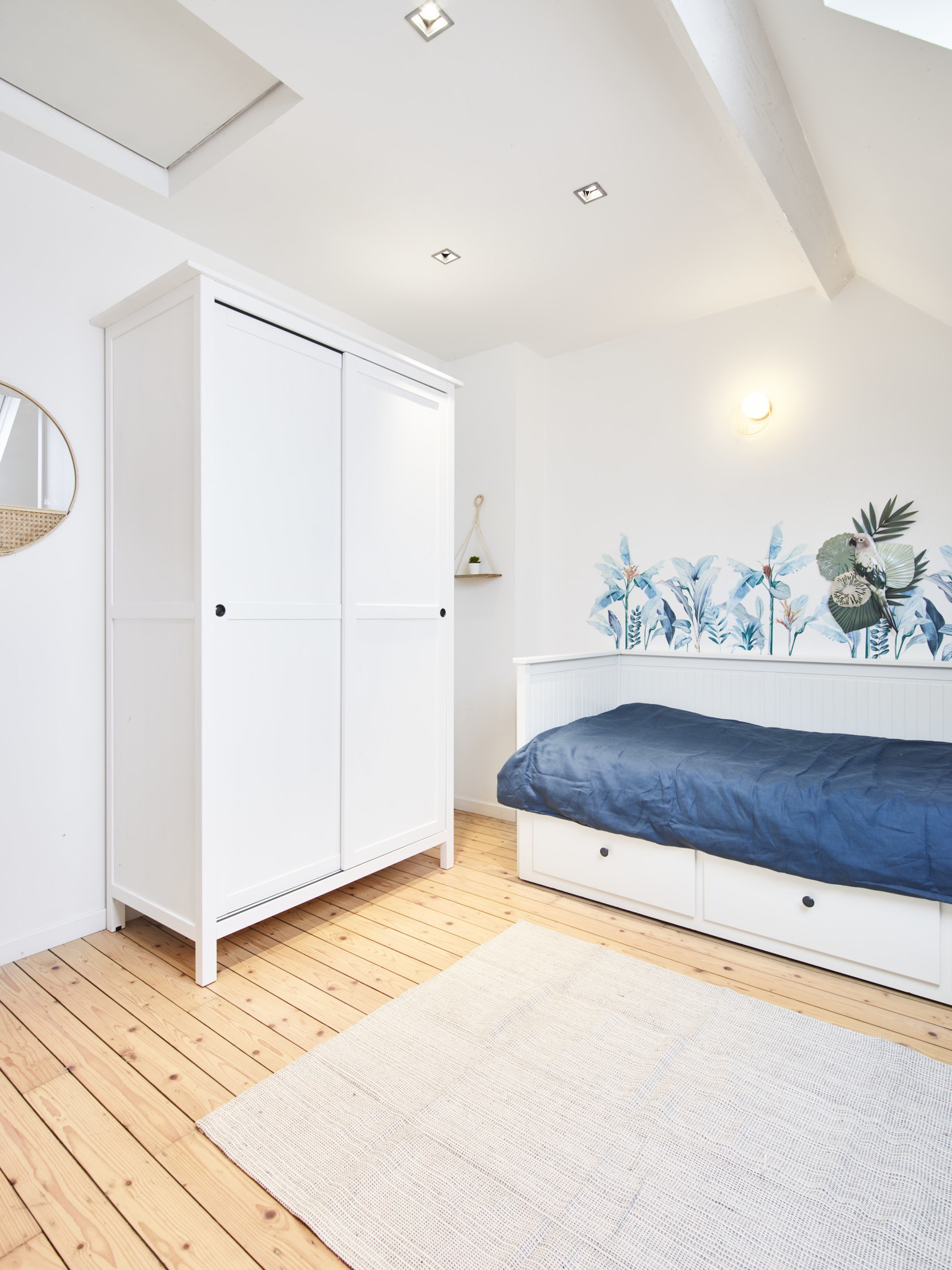 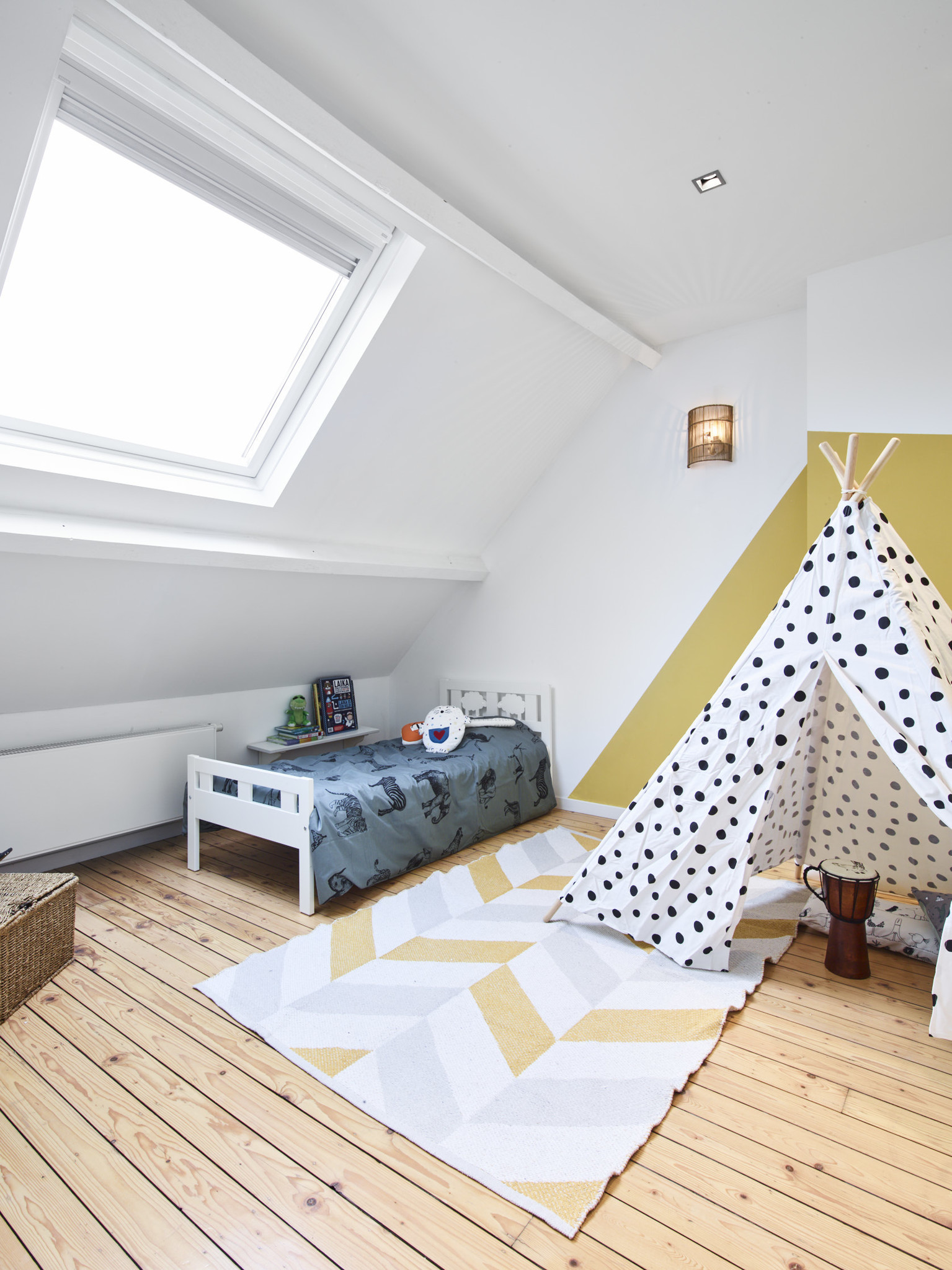 Check out the before & after of the project! 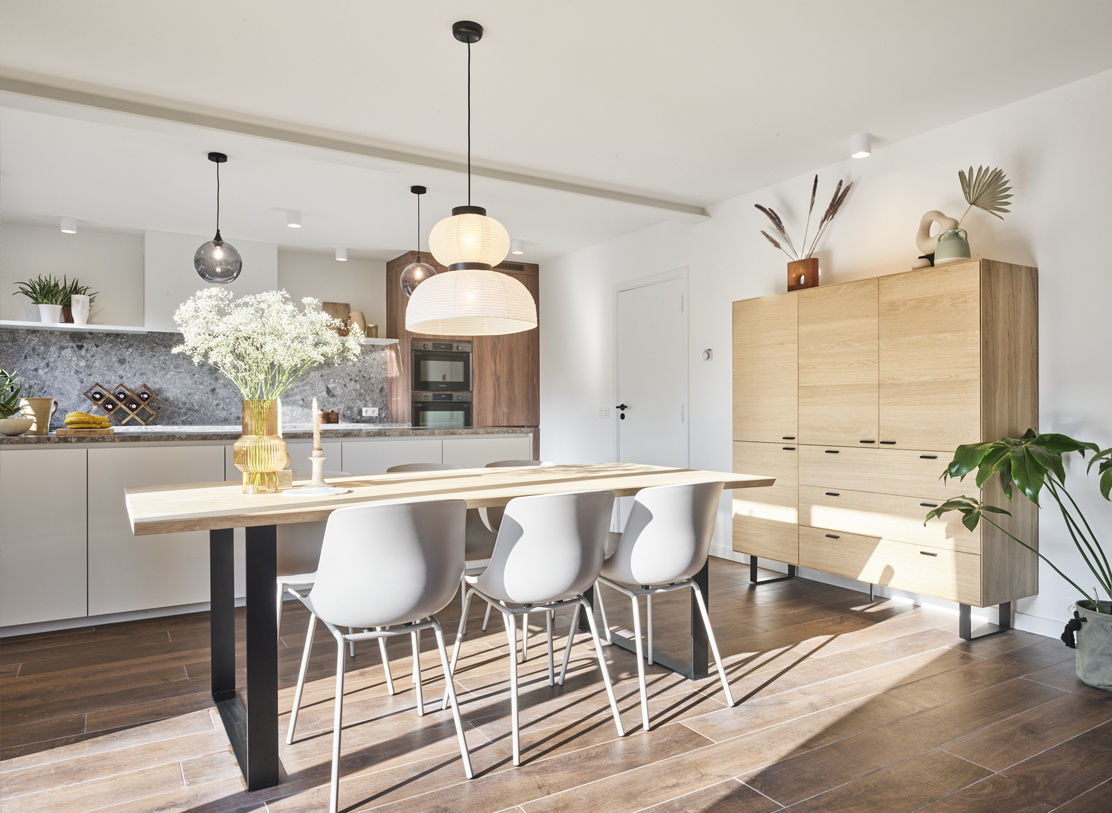 Esli and Silke’s issue? Making a decision! They were looking for a house for 3 years already, and just couldn’t find something that worked. The good thing is, that this meant that they had saved u...
Read more

Like no other, we know that living dreams are very personal and not always easy to create. Luckily, Kelly and her team are here to help!...
Read more 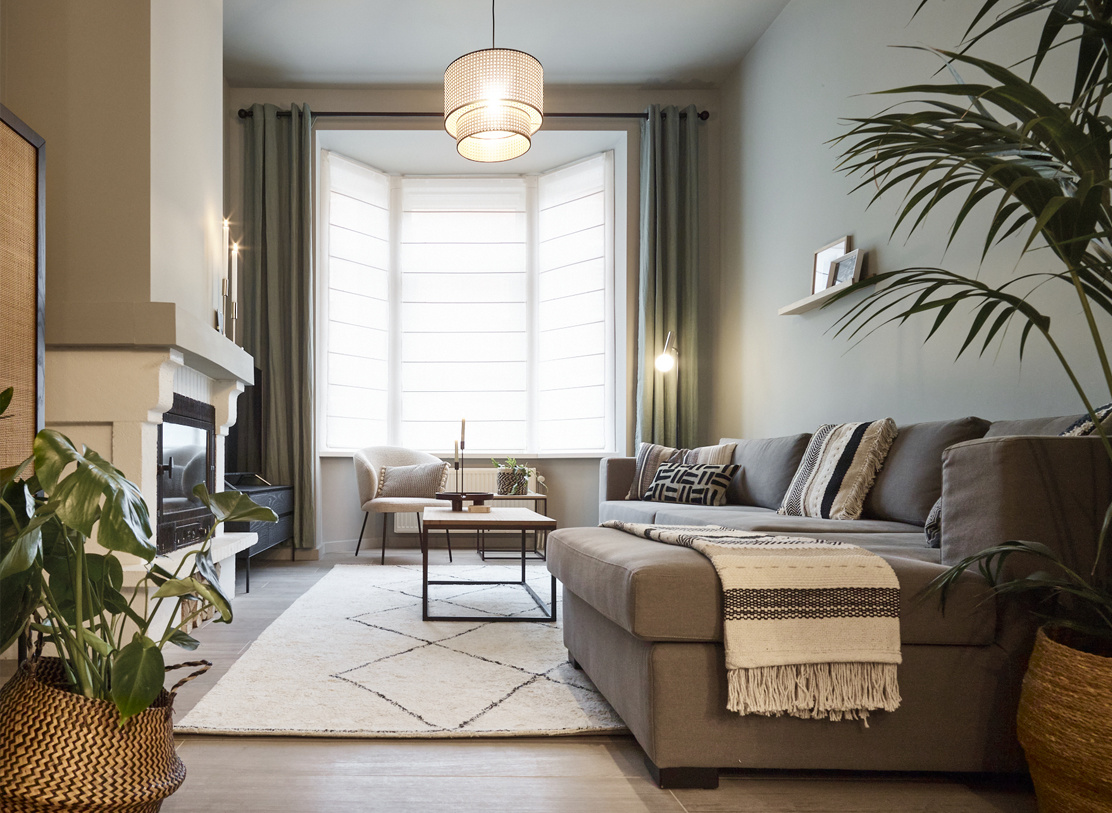 Ann-Sophie and Maxim were living in a tiny studio that was getting way too small for both of them....
Read more

Register for our weekly mailings to stay up to date about all offers, new arrivals, interior inspiration, new projects and more.